Many decades ago, around 1979 and 80, a few Odia doctors and their families used to socialise in various parts of the UK, being emigrated from lands far from various parts of Odisha (then called Orissa) with a common dream of gaining better perspectives in their lives. A new country, with its own entirely different culture posed many a challenges and gruelling at times, they sought solace in the company of their own kind, supporting comforting each other, with lovely stories of their own from their parts of world supporting and strengthening the bond between them and gradually emerging as a collective family germinating from the seeds of friendship and kinship.

Late Dr Ramachandra Maharana and Mrs Shobha Maharana, in whose house in Leeds the families used to socialise, being fed by the sumptuous home cooked food by Mrs Maharana. It was the collective idea that emerged from these gatherings of all the Odia families to meet once a year to meet greet and socialise and to share their experiences. Dr Padmalochan Panigrahi who used to work in Leeds during the time, his wife Deepa Panigrahi and her family, hired St Chads Parish Church Hall for the afternoon for the first convention of Odia diaspora on 15th November 1980. Families were contacted by the phone and food prepared by Mrs Deepa Panigrahi and her family kept everyone well fed and it was an astounding success. As the evening blurred into the early night, everyone attended the first convention and agreed to continue with annual conventions for all Odias’ from now on and the ‘Orissa Doctors Association’ was born.

Dr Panigrahi became the president and treasurer of the newly formed organisation ‘Orissa Doctors Association’ from 1980 to 1986. In 1981, it was decided to add a cultural programme when it was organised by Dr P Mishra in Liverpool and the programme was extended for a full day. The name of the organisation changed to ‘Orissa Medical and Associates of UK’ to accommodate all the families including other professions, with Medical being retained in the name to cater to sponsoring needs of organising the convention.

Formalising as a Organisation

An Executive committee was formed in Oldham in 1985 and a constitution of the society was adopted the year after in 1986 in Caerlion where the conventions were held respectively. However, to accommodate everyone and to make the society to have wider appeal after a prolonged debate in the Annual General Body meeting, it was agreed to change the name of the Society to “Odisha Society of UK” or OSUK was adopted in 1998 at Blackburn where the 19th OSUK convention was held. As a significant change the function was extended to two days a year before in 1997 when it was organised in Barrow-in-Furness.

Over the last 4 decades the society has gone through significant changes but it continued every year without stopping during the August bank holiday periods. The OSUK has acted as a bridge between our motherland of Odisha, India and the adopted land of the UK, celebrating our cultures and promoting positive values. OSUK has been involved in many charitable causes and stood with our people in Odisha during the natural disasters and calamities such as cyclones and floods devastating the state. The OSUK as a society has adopted its constitution and aims to become a registered charitable organisation espousing the three principles of Sangathan (Strengthening Organisation), Sanskruti (Celebrating Odia Culture) and Seva (Selfless Service).

Our sincere gratitude to Debakanta Bhai who shared the OSUK history with us. 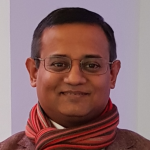